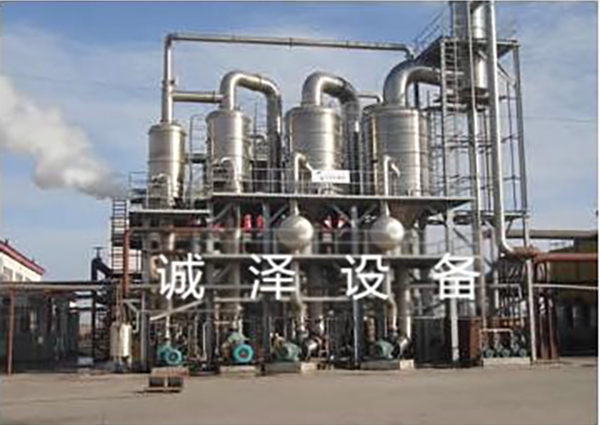 In Multi-effect wastewater evaporation, because the actual operating pressure of the evaporation chamber is gradually reduced, after the final effect of the equipment, it is generally necessary to connect with the vacuum pump equipment. Obviously, the heating steam temperature and the melting point of the aqueous solution of each effect in the multi-effect evaporation decrease according to the effect, and the concentration value of the surface liquid increases gradually. In multi-effect evaporation, only the initial effect needs to introduce heating steam from the outside, that is, raw steam, and since then, each effect uses the secondary steam of the previous effect, so the energy efficiency of Multi-effect wastewater evaporation is higher. The secondary steam induced by the last effect enters the cooler and turns into liquid water and is discharged.