The dilute solution of the multi-effect wastewater evaporation enters the suction port of the third-effect circulating pump through the raw material pump. After the pump is pressurized, it enters the feed chamber at the top of the third-effect evaporator through the preheater, and then enters the heating tube for heating and evaporation. Separation chamber, where vapor and liquid are separated, the solution enters the pump suction port from the bottom, and is circulated and evaporated by pumping preheater, feed chamber, heating pipe, and separation chamber. 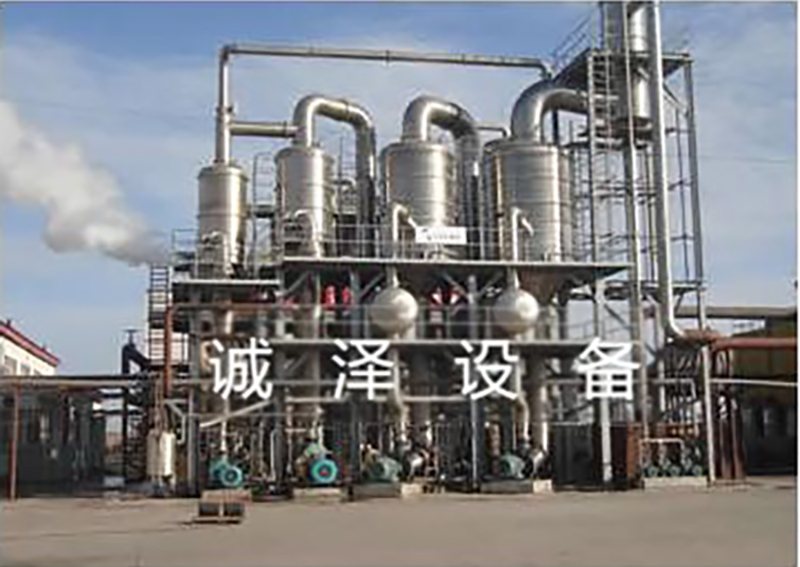