The quality OSLO evaporation crystallizer is also a crystallizer with a crystal slurry circulation. The lower part of the device is connected with an elutriation column, and the device is equipped with a guide tube and a cylindrical baffle. During operation, the hot saturated feed liquid is continuously added to the lower part of the circulation pipe, mixed with the mother liquor with small crystals in the circulation pipe, and then pumped to the heater. 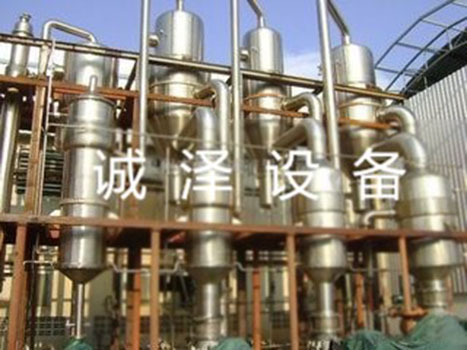 The heated solution flows into the quality OSLO evaporation crystallizer near the bottom of the guide tube, and is sent to the liquid surface along the guide tube by the slowly rotating propeller. The solution evaporates and cools at the liquid surface to a supersaturated state, in which local solutes accumulate on the surface of the suspended particles, causing the crystals to grow. There is also a settling zone on the periphery of the annular baffle.