Cyclone separator is a device used for separation of gas-solid system or liquid-solid system. The working principle is that solid particles or liquid droplets with large inertial centrifugal force are thrown away from the outer wall by the rotational movement caused by the tangential introduction of the airflow. Cyclone separator is widely used in the pharmaceutical industry. It is especially suitable for coarse dust particles, high dust concentration, high temperature and high pressure conditions. It is also often used as an internal separation device in a fluidized bed reactor or used as a pre-separator. A kind of separation equipment that is widely used on the market. 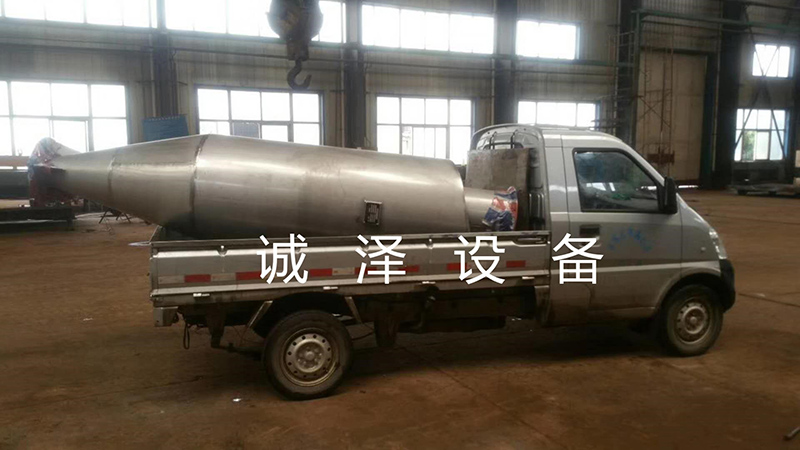 The main features of Cyclone separator are simple structure, flexible operation, high efficiency, convenient management and maintenance, and low price. It is used to capture dust with a diameter of 5-10μm and above. It is widely used in the pharmaceutical industry and is especially suitable for coarse dust particles. It has a large dust concentration and is often used as an internal separation device in a fluidized bed reactor or as a pre-separator under high temperature and high pressure conditions.

The movement of gas and solid particles in the Cyclone separator is very complicated. Any point in the Cyclone separator has tangential, radial and axial velocities, which vary with the radius of rotation. In actual operation, the appropriate gas velocity should be controlled. Experiments show that if the gas velocity is too small, the separation efficiency is not high. However, if the gas velocity is too high, it is easy to produce eddy currents and serious back-mixing phenomena, which will also reduce the separation efficiency.

Previous None
Next None
Previous : None
Next : None